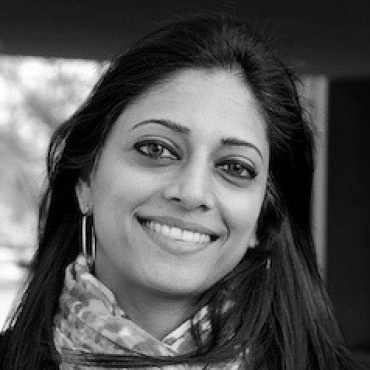 Sridevi Sarma received the B.S. degree in electrical engineering from Cornell University, Ithaca NY, in 1994; and an M.S. and Ph.D. degrees in Electrical Engineering and Computer Science from Massachusetts Institute of Technology in, Cambridge MA, in 1997 and 2006, respectively. From 2000-2003 she took a leave of absence to start a data analytics company. From 2006--2009, she was a Postdoctoral Fellow in the Brain and Cognitive Sciences Department at the Massachusetts Institute of Technology, Cambridge.  She is now an associate professor in the Institute for Computational Medicine, Department of Biomedical Engineering, at Johns Hopkins University, Baltimore MD. Her research interests include modeling, estimation and control of neural systems using electrical stimulation. She is a recipient of the GE faculty for the future scholarship, a National Science Foundation graduate research fellow, a L'Oreal For Women in Science fellow, the Burroughs Wellcome Fund Careers at the Scientific Interface Award, the Krishna Kumar New Investigator Award from the North American Neuromodulation Society, and a recipient of the Presidential Early Career Award for Scientists and Engineers (PECASE) and the Whiting School of Engineering Robert B. Pond Excellence in Teaching Award.