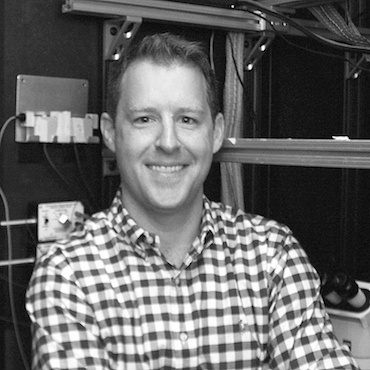 The neuroscience of decision making offers a path to understanding higher brain function at a mechanistic level, the level of neural populations and circuits. Indeed, even relatively simple decisions about sensory stimuli contain the rudiments of more complex processes necessary for human cognition. These include evaluating sources of evidence, predicting and planning for the near future, and reasoning about one’s own mental operations (i.e., metacognition).

The goal of my research is to reverse-engineer these building blocks of mental function by combining the quantitative measurement and modeling of behavior with modern tools for recording and manipulating neural activity in nonhuman primates. Beyond its intrinsic value, the level of understanding we achieve with this approach could eventually open new avenues for treating neurological and psychiatric disorders, such as schizophrenia and Alzheimer’s disease.

In the natural world, the brain faces the challenge of how to interpret a multitude of signals — often ambiguous and corrupted by noise — arriving at the sensory periphery at all times. In my lab we study the problem of perceiving one’s own self-motion, as well as motion of objects in the environment, based on visual and non-visual (e.g., vestibular) cues. Using state-of-the-art flight simulator technology, we can deliver arbitrary three-dimensional movement trajectories and/or simulated movement through virtual environments, while simultaneously recording neural population activity in multisensory and decision-related brain areas. Advances in causal methods, including optogenetics, enable temporally and spatially precise manipulations of such activity to dissect the behavioral role of specific populations and circuit components.