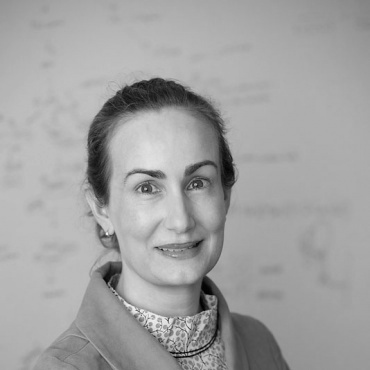 The Regulation of Neuronal Gene Expression in Health and Disease

The Meffert lab studies mechanisms underlying enduring changes in brain function.   We are interested in understanding how programs of gene expression are coordinated and maintained to produce changes in synaptic, neuronal, and cognitive function.  Rather than concentrating on single genes, our research is particularly focused on understanding the upstream processes that allow neuronal stimuli to synchronously orchestrate both up and down-regulation of the many genes required to mediate changes in growth and excitation.  This process of gene target specificity is implicit to the appropriate production of gene expression programs that control lasting alterations in brain function.

Advances in sequencing and proteomics have revealed that post-transcriptional regulation of gene expression plays a predominant role in determining the cellular complement of proteins, but knowledge of post-transcriptional mechanisms capable of coordinating growth programs in neurons or locally at synapses has been lacking.  Our laboratory recently elucidated a mechanism responsible for pro-growth programs of protein synthesis in which activity-dependent regulation of microRNA (miRNA) production governs the selection of gene targets for protein synthesis.  An RNA-binding protein, Lin28, is one activity-responsive factor that promotes pro-growth protein synthesis by downregulating only select miRNAs (e.g. Let-7 ‘tumor suppressor’ miRNAs), which repress pro-growth genes.  In neurons, pro-growth mRNA targets of the Let-7 miRNAs include mRNA for proteins involved in excitatory synaptic function, with examples being AMPA receptor subunits (GluA1), CaMKIIa, Homer, BDNF, and TrkB.  Ongoing investigations in our laboratory are aimed at further exploration of the importance of miRNA biogenesis in determining rapid and specific changes in the neuronal and synaptic proteome and the in vivo roles of these pathways in healthy and dysregulated brain function.

Disruption in the growth and function of brain synapses is a central feature in the development of multiple cognitive disabilities, including autism spectrum disorders.  While our understanding of how brain development differs in autism is far from cohesive, an early overgrowth of neurons and synaptic contacts, as well as a failure to prune inappropriate synapses, has been observed in children with autism and in several mouse models of autism.   At the molecular level, accumulated evidence indicates that dysregulated protein synthesis, resulting in overproduction of key synaptic proteins, contributes to atypical neural and synaptic growth in autism.  Ongoing studies in our laboratory are using mouse models and human samples to investigate how miRNA biogenesis may be pathologically regulated to produce overabundant pro-growth protein synthesis and behavioral features in autism.

Our laboratory integrates multiple approaches to address the importance of gene expression in information storage at both transcriptional and post-transcriptional levels.  We use animal models and techniques of molecular biology, cell biology, biochemistry, high-throughput expression analysis and bioinformatics, virology, histology, confocal imaging, electrophysiology, mouse genetics and behavior.  Neuronal gene products of interest include both proteins and non-coding RNAs.

Study of the NF-kB transcription factor provides a good vantage point from which to explore transcriptional regulation in neurons.  NF-kB has emerged as a key player in many CNS diseases, including neurodegenerative disorders and cancer.  In the healthy CNS, studies from multiple laboratories including our own have demonstrated an evolutionarily conserved requirement for NF-kB in learning and memory.  NF-kB is present at synapses and can undergo activation and nuclear translocation from distal processes upon synaptic stimulation.  A current focus of our lab is to understand the signaling by the synaptic pool of NF-kB and how NF-kB regulates neuronal functions in both plasticity and disease.

Recent links to our work:

Science outreach describing our research to the lay public for Hopkins ‘Out of the Box’ Series: