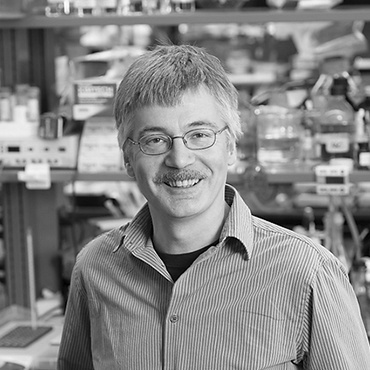 I am interested in the neurophysiological mechanisms that underlie decision-making and self-control, two essential functions of higher executive processes. To this end, in my lab we record the activity of single neurons in awake animals that are engaged in decision-making. This allows us to identify the types of signals that neurons in specific parts of the brain represent and the computations they carry out. I will also study human subjects in the same tasks with the help of fMRI. These parallel experiments will provide comparative information about decision processes in human and non-human primates. The results of one set of experiments will guide the design and the interpretation of results in the other set of experiments. This parallel approach will combining the strength of these two very different techniques.

In recent years, I have investigated neural mechanisms of the initiation and suppression of actions using the countermanding paradigm - a task that infrequently requires subjects to withhold a movement in response to a stop signal and an analysis that provides an estimate of the time needed to cancel a partially prepared movement. We chose fast eye movements (saccades) as the actions that needed to be controlled, because eye movements are relatively simple movements that are still under voluntary control. In the course of these experiments we detected signals that begin to explain how the consequences of actions are recognized and how subsequent actions might be influenced (Stuphorn et al., 2000; Ito et al., 2003; Schall et al., 2002).

A number of areas in the frontal cortex are involved in the control of fast eye movements in the countermanding task. We recorded in three of them: the frontal eye field (FEF), the supplementary eye field (SEF) and anterior cingulate cortex (ACC) and found that the FEF on the one hand and the SEF and the ACC on the other hand seem to belong to two different functional systems. FEF generates signals sufficient to select targets and initiate the generation of eye movements. It represents therefore an essential node in the network that ultimately controls gaze. The two medial frontal areas, ACC and SEF, seem not to be directly involved in the primary control of eye movements (Stuphorn et al., 2000; Ito et al., 2003). Instead, they seem to monitor performance, registering whether the actions that are produced lead to the desired consequences or not. These findings led to the working hypothesis that the medial frontal cortex might be part of an secondary executive control system. The results of SEF microstimulation indicate that supervisory control signals bias the ongoing response selection in the oculomotor system and thus close the loop between the two control systems (Stuphorn et al., 2002). This additional control enables the agent to achieve a more adaptive match between behavior and the ever-changing demands of the environmental setting. Currently, I plan two different sets of experiments to learn more about the executive system and self-control.

The first line of experiments aims at a further investigation of the error system in the medial frontal cortex and the specific signal which the error neurons in the SEF and ACC carry. Is it specifically related to a particular motor system like the eye or is it more general and indicate an error, independent of the motor system which produced it? In addition to the SEF, an oculomotor area, the medial frontal cortex includes also skeletomotor areas, such as the supplementary motor area (SMA) or the pre-SMA. Both these areas lie anatomically immediately adjacent to the SEF. We will test monkeys in an oculomotor version as well as in an arm-movement version of the countermanding task. This would allow us to test first, if skeletomotor areas contain cells similar to the error cells in the SEF. Second, by testing error and reward cells in SEF and ACC with both versions of the countermanding task, it should be possible to find out, how general the error and reward signal are and if there are functional differences between the two cortical areas. For example, it is possible that error-signals in SEF and pre-SMA might be specific for their respective motor system (eye or arm), while error-signals in ACC might be independent of the motor system.

The second line of experiments aims at the possible role of the executive system in choice situations involving self-control. Problems of self-control arise, if a subject has to decide between one choice leading to an immediate, but lower reward (‘imprudent choice’) and another one leading to a higher, but delayed reward (‘prudent choice’). The subject has to provide additional drive supporting the ‘prudent’ choice in order to overcome the temptation of the ‘imprudent’ choice. Current cognitive theories see such internal control signals as one of the main functions of the executive system (Norman and Shallice, 1986; Logan, 1985). This problem has been studied extensively both in humans and animals with behavioral experiments (Rachlin, 2000), but not much is known about the neuronal structures involved in it. Finding the neuronal system responsible for self-control would be interesting for a variety of reasons. First, since overcoming temptations is one of the supposed functions of the supervisory executive system, it would provide further indication that the medial frontal cortex is part of this system. Second, self-control is of interest in its own right, since problems of this nature are at the essence of many behavioral phenomena ranging from problems of social interactions, as encapsulated in the Prisoner’s Dilemma, to addiction, which are very hard to explain with normative economical models of rational choice behavior. Identifying the neuronal substrate of this function would allow us to study its neuronal mechanism in more detail. Third, self-control represents an example of an internally-guided decision. Here differences in the internal state of the agent can lead to different decisions, despite identical external stimuli. It represents an interesting alternative to externally-guided decisions, which have been studied more extensively (e.g. Shadlen and Newsome, 2001). ACC and SEF are a natural starting point in the search for neurophysiological correlates of self-control signals. At later stages these experiments should be extended to other brain areas that are probably part of the executive control network, such as orbitofrontal cortex, dorsolateral prefrontal cortex, and basal ganglia.