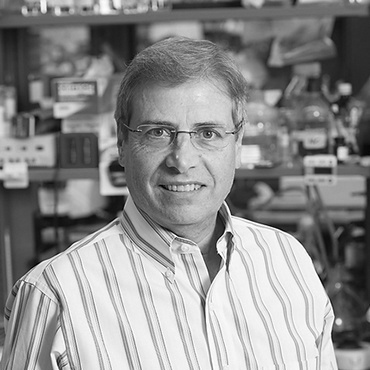 Retinitis pigmentosa (RP) refers to a group of diseases in which a mutation, commonly in a gene selectively expressed in rod photoreceptors, either through gain or loss of function results in death of rods followed by gradual death of cones. Mutations in 36 different genes have been found to cause RP. Depletion of rods is responsible for night blindness, the first symptom of RP, but it is the death of cones that is responsible for the gradual constriction of the visual fields and eventual blindness. A possible explanation for the slowly progressive death of cones after the death of rods is oxidative damage. Rods are more numerous than cones and are metabolically active cells with a high level of oxygen consumption. As the death of rods occurs the level of oxygen in the retina increases. In a transgenic pig model of RP, we found unequivocal evidence of progressive oxidative damage in cones after the loss of rods. This suggests that oxidative stress is the cause of secondary cone cell death in RP. Age-related macular degeneration (AMD) is a prevalent cause of vision loss in developed countries, characterized by accumulation of extracellular deposits (drusen) beneath the retinal pigmented epithelium (RPE), diffuse thickening of Bruch's membrane, gradual death of RPE cells and photoreceptors in the macula, and sporadic development of choroidal neovascularization (NV). It is clear that increased production of vascular endothelial growth factor (VEGF) plays an important role, because VEGF antagonists suppress choroidal NV in animal. At least some of the other features of AMD may contribute to the development of choroidal NV, because large confluent drusen and/or pigmentary changes in the macula are risk factors for the development of choroidal NV. It has been shown that antioxidants reduce progression to advanced stages of AMD, Thus, it appears that oxidative stress contributes to the conversion from non-neovascular to neovascular AMD. It has recently been observed that mice with targeted deletion of superoxide dismutase 1 (Sod1) show many of the features of AMD, including drusen, thickening of Bruch's membrane, pigmentary changes, and spontaneous development of choroidal NV. SOD1 is a component of the antioxidant defense system of the retina and its absence results in increased basal levels of oxidative stress and reduced ability to cope with oxidants. A main focus of my research is development of therapeutic agents, either via dietary supplementation with antioxidants or by gene enhancement therapy of natural antioxidant defense systems, which combat oxidative stress via scavaging of reactive oxygen species (ROS). The efficacy of these potential therapies is determined using established rodent models of RP and CNV.