Professor of Otolaryngology Head and Neck Surgery and Neuroscience 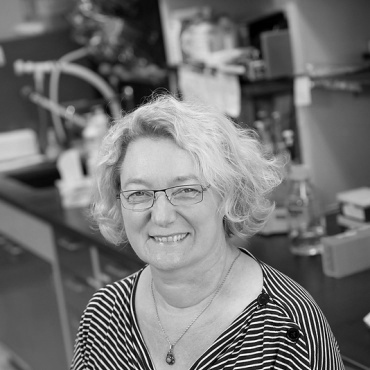 Synaptic Transmission in the Inner Ear

Topics in the laboratory

1. Hair cell afferent synaptic transmission in the mammalian cochlea. In the inner ear, inner hair cells process the sound signal and send it to the brain via auditory nerve fibers. The response patterns of auditory nerve fibers to complex sound signals has been studied for decades in in vivo experiments, with sharp electrode recordings from auditory nerve fibers. However, for a long time our knowledge regarding processes of synaptic transmission between hair cell and auditory nerve fiber were limited. It was assumed that the release of a single transmitter filled vesicles always activates an action potential, resulting in a straightforward 1 to 1 transmission step between hair cell vesicle release and action potential generation. We were able to develop a technique to measure subthreshold signals in auditory nerve fiber endings using dendritic patch clamp recordings, and thereby showed that postsynaptic events have highly unusual and variable shapes, possibly due to an extreme form of multivesicular release (Glowatzki and Fuchs, 2002). This work has changed the view of the field on how synaptic transmission codes sound signals at the hair cell ribbon synapse. The Glowatzki laboratory went on to provide detailed characterizations of these complex, highly specialized activity patterns and their underlying biophysical mechanisms, for example by investigating the calcium dependence of release (Goutman and Glowatzki, 2007, 2011), the developmental changes of coordination of release events (Grant et al., 2010), the maturation of diverse spontaneous firing patterns of auditory nerve fibers (Wu et al., 2016) and the effects of postsynaptic ion channels on synaptic activity (Yi et al. 2010). All of these studies further our knowledge on mechanisms of sound coding at the first synapse in the auditory pathway.

2. Mechanisms underlying type II auditory nerve fiber function in the mammalian cochlea. A small subset of auditory nerve fibers (type II fibers) contacts outer hair cells rather than inner hair cells. The function of these fibers has been a mystery for a long time, as former studies describing their morphology, have not been able to show any activity during recording. One suggested role is that this group of auditory nerve fibers possibly is involved in the perception of damaging noise. Together with Dr. Paul Fuchs, we developed recording techniques to allowed us for the first time to monitor type II auditory nerve fiber activity (Weisz et al., 2009) and to further investigate their electrophysiological properties. Meanwhile we have shown that type II fibers are excitable by glutamatergic synaptic input from a group of outer hair cells (Weisz et al., 2012, 2014), and that GluA2-containing AMPA receptors distinguish ribbon-associated and ribbonless contacts on rat outer hair cells (Martinez Monedero et al. 2016). We have shed further light on how ATP release from cells during cell damage sensitizes type II afferent activity (Liu et al., 2015). These studies have inspired the field to focus on further investigating possible roles of type II afferents. Additionally we are now characterizing mouse models with specific expression in type II versus type I fibers, to pave the way for future experiments where specifically type II fiber activity can be modulated in the mouse model (Vyas et al., 2017, Wu et al., 2018).

3. Efferent synaptic transmission in the mammalian cochlea. Efferent fibers originating in the brainstem contact outer hair cells, and inhibit their activity, allowing to better perceive signals in surrounding noise and protecting from damage in noise. During development, efferent fibers contact inner hair cells transiently, and the role of these fibers is not completely understood. Our study has provided the first physiological data to show that efferent inputs to inner hair cells are functional and inhibit hair cell activity (Glowatzki and Fuchs, 2000). Since then, multiple research groups, including our own (Katz et al. 2004; Goutman and Glowatzki, 2005, Roux et al. 2011, Roux et al. 2016; Ye et al., 2017), have contributed to dissecting the mechanisms that underlie efferent inhibitory modulation of hair cell activity in the inner ear.

4. Afferent and efferent synaptic transmission in the vestibular periphery. Over the last several years, the Glowatzki laboratory has set up a preparation for studying synaptic transmission in the vestibular crista, the endorgan of the semicircular canals that senses head rotations. In a first substantial study we have been able to explain how signals are coded at the highly specialized hair cell calyx synapse, via glutamate spillover (Sadeghi et al. 2014). This study provides one important piece of coding at the hair cell calyx synapse. However, it is highly likely that other additional modes of transmission exist at this synapse. These calyx specific transmission modes and also the modulation of afferent activity in vestibular nerve fibers by efferent inputs are currently under investigation in the Glowatzki lab.

6. Supporting cell function in the cochlea. Teaming up with Dr. Dwight Bergles, allowed us to investigate supporting cell function in the cochlea with electrophysiological approaches. In a first study, we characterized the glutamate transporter in supporting cells surrounding the inner hair cells. After release of glutamate, it is crucial that the accumulating glutamate is removed, to avoid excitotoxic processes, and we showed that the glutamate transporter EAAT1 in supporting cells serves this role (Glowatzki et al., 2006). This study also led us to the initial finding that supporting cells exhibit slow waves of activity. Tritsch et al., (2007) then supported the groundbreaking finding that supporting cells in the cochlea release ATP, based on calcium waves, to activate inner hair cells and thereby induce rhythmic firing into developing auditory nerve fibers. Such activity may be needed to set up the auditory pathway. Additionally, we provided electrophysiological measurements from supporting cells that turn into hair cell-like cells during manipulation of the Notch signaling pathway in collaboration with Dr. Angelika Doetzlhofer (Korrapati et al. 2013).