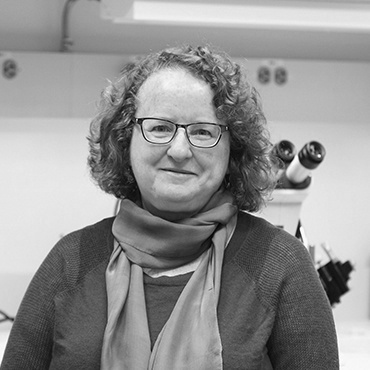 My group uses the zebrafish genetic system to study the development and function of a conserved forebrain to midbrain pathway that has been implicated in addiction and in neurological disorders in humans. Moreover, the bilaterally paired dorsal habenular nuclei of the forebrain show prominent left-right differences and provide us with a valuable model for exploring how asymmetric features arise in the brain and their functional advantage. We have found that altering directionality of the brain affects behaviors such as the innate fear response. We can also take advantage of the transparency of larval stages to monitor neuronal activation in real-time using genetically encoded calcium indicators. To this end, we are optimizing transgenic approaches to activate or inactivate subpopulations of neurons and determine the effect on responses elsewhere in the brain and on behavior.