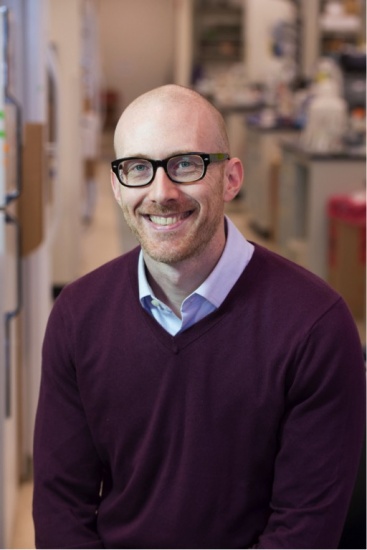 Daniel O’Connor was among 102 scientists and engineers named on Jan. 9 by President Obama as recipients of the Presidential Early Career Award for Scientists and Engineers, the highest honor bestowed by the United States Government on science and engineering professionals in the early stages of their independent research careers.

From Article appearing in Hopkins Medicine:

Daniel O’Connor, Ph.D., an assistant professor of neuroscience at the Johns Hopkins University School of Medicine, is among 102 winners of Presidential Early Career Awards for Scientists and Engineers, which were announced by the White House on Jan. 9. The awards are the highest honor bestowed by the United States government on science and engineering professionals in the early stages of their independent research careers.

The awards, established by President Bill Clinton in 1996, are coordinated by the Office of Science and Technology Policy within the Executive Office of the President. Awardees are selected for their pursuit of innovative research at the frontiers of science and technology and their commitment to community service as demonstrated through scientific leadership, public education or community outreach.

“I congratulate these outstanding scientists and engineers on their impactful work,” President Barack Obama said in a statement. “These innovators are working to help keep the United States on the cutting edge, showing that federal investments in science lead to advancements that expand our knowledge of the world around us and contribute to our economy.”

O’Connor’s research focuses on neural circuits for sensory perception. His lab is working to reveal the neural circuit foundations of touch perception, and to provide a framework to understand how circuit dysfunction causes mental and behavioral aspects of neuropsychiatric illness. In doing this research, O’Connor has discovered key aspects of how patterns of neural activity arising from sensory stimulation get transformed into our perceptual experience of the world. “Perception arises from sensory input but depends also on context and learning,” says O’Connor. “We want to understand the computations and circuits through which these different factors combine with sensory input to produce perception and behavior.

“I am deeply honored and grateful to have our scientific work recognized by this presidential award,” says O’Connor. “Biomedical discovery and our hopes for understanding the brain depend critically on support from federal sources, such as the National Institutes of Health, which supports my work. I am proud of the investments our country has made in scientific research and excited to be recognized among its many successful beneficiaries. I look forward to a lifetime of working to understand the brain.”