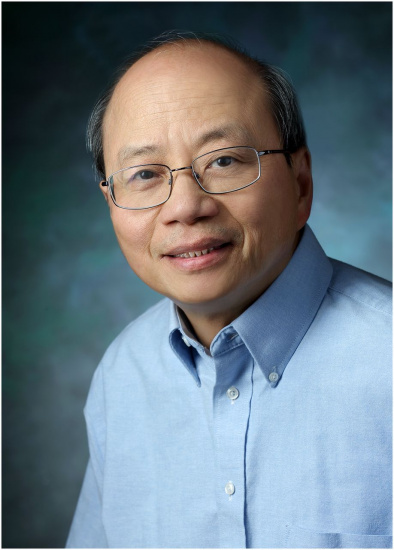 Neuroscientist King-Wai Yau of Johns Hopkins University has made fundamental discoveries concerning the mechanisms underlying sensory transduction. His research over the past four decades has focused primarily on vision. “Vision is one of our most precious senses from which come art, science, humanity, beauty, and practically all aspects of life,” says Yau. His findings concerning phototransduction—the process by which light is converted into a neural signal—have led to a sophisticated understanding of many hereditary diseases causing blindness. Additionally, Yau has elucidated the process of olfaction transduction that, like vision, relies on a G protein-coupled cellular signaling pathway. His Inaugural Article, signifying his 2010 election to the National Academy of Sciences, advances understanding of the electrical response of olfactory neurons to odorants.

Read more about the life and accomplishements of Dr. King-Wai Yau, Professor in the Department of Neuroscience, in the recent PNAS profile:

An excerpt from the PNAS Profile is below:

Yau returned to the United States in 1980, having accepted an assistant professorship in physiology and biophysics at the University of Texas Medical Branch in Galveston. The same year, Yau, Baylor, and Lamb received England’s Rank Prize in Optoelectronics. Yau’s studies on phototransduction came to fruition over the next 6 years, when he served as associate (1982–1985) and full professor (1985–1986).

In a series of articles (3⇓⇓–6), Yau and coauthor Kei Nakatani, in parallel with biophysicist Evgeny Fesenko’s group in the former Soviet Union, detailed the cellular mechanisms by which light triggers vision. Yau later summarized these and related findings upon receiving the Friedenwald Award in 1993 from the Association of Research in Vision and Ophthalmology (7) and in an overview article published in PNAS in 2008 (8). The studies established the roles of signaling molecules—calcium (Ca2+) ions and cGMP—in rod photoexcitation (when a rhodopsin molecule experiences an increase in energy after absorption of a photon) and photoadaptation (the negative-feedback adaptation of the eye to light), respectively. The researchers further discovered a ubiquitous membrane current associated with the transport of Ca2+ ions across cell membranes. The same phototransduction mechanism operates in cones.

A defining feature of rod phototransduction concerns the relatively large number of G protein molecules that are activated by a single light-stimulated rhodopsin molecule and, consequently, the large number of cGMP molecules turned over. The GPCR substantially amplifies the incoming light signal; this amplification helps explain why rods produce a large signal in response to a single photon. The mechanism has since become a focus of increasingly precise study."