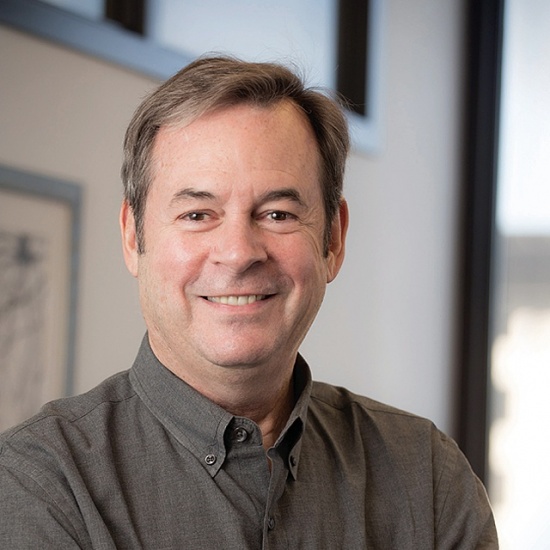 Congratulations to Dr. Richard Huganir who was awarded the 2019 Edward M. Scolnick Prize by the McGovern Institute for his role in understanding the molecular and biochemical underpinnings of synaptic plasticity.

Article from the McGovern Institute: https://mcgovern.mit.edu/2019/02/08/mcgovern-institute-awards-2019-edward-m-scolnick-prize-to-richard-huganir/

The McGovern Institute announced today that the winner of the 2019 Edward M. Scolnick Prize in Neuroscience is Rick Huganir, the Bloomberg Distinguished Professor of Neuroscience and Psychological and Brain Sciences at the Johns Hopkins University School of Medicine. Huganir is being recognized for his role in understanding the molecular and biochemical underpinnings of “synaptic plasticity,” changes at synapses that are key to learning and memory formation. The Scolnick Prize is awarded annually by the McGovern Institute to recognize outstanding advances in any field of neuroscience.

“Rick Huganir has made a huge impact on our understanding of how neurons communicate with one another, and the award honors him for this ground-breaking research”, says Robert Desimone, director of the McGovern Institute and the chair of the committee.

“He conducts basic research on the synapses between neurons but his work has important implications for our understanding of many brain disorders that impair synaptic function.”

From the beginning of his research career, Huganir was interested in neurotransmitter receptors, key to signaling at the synapse. He conducted his thesis work in the laboratory of Efraim Racker at Cornell University, where he first reconstituted one of these receptors, the nicotinic acetylcholine receptor, allowing its biochemical characterization. He went on to become a postdoctoral fellow in Paul Greengard’s lab at The Rockefeller University in New York. During this time, he made the first functional demonstration that phosphorylation, a reversible chemical modification, affects neurotransmitter receptor activity. Phosphorylation was shown to regulate desensitization, the process by which neurotransmitter receptors stop reacting during prolonged exposure to the neurotransmitter.

Upon arriving at Johns Hopkins University, Huganir broadened this concept, finding that the properties and functions of other key receptors and channels, including the GABAA, AMPA, and kainite receptors, could be controlled through phosphorylation. By understanding the sites of phosphorylation and the effects of this modification, Huganir was laying the foundation for the next major steps from his lab: showing that these modifications affect the strength of synaptic connections and transmission, i.e. synaptic plasticity, and in turn, behavior and memory. Huganir also uncovered proteins that interact with neurotransmitter receptors and influence synaptic transmission and plasticity, thus uncovering another layer of molecular regulation. He went on to define how these accessory factors have such influence, showing that they impact the subcellular targeting and cycling of neurotransmitter receptors to and from the synaptic membrane. These mechanisms influence the formation of, for example, fear memory, as well as its erasure. Indeed, Huganir found that a specific type of AMPA receptor is added to synapses in the amygdala after a traumatic event, and that specific removal results in fear erasure in a mouse model.

Among many awards and honors, Huganir received the Young Investigator Award and the Julius Axelrod Award of the Society for Neuroscience. He was also elected to the American Academy of Arts and Sciences, the US National Academy of Sciences, and the Institute of Medicine. He is also a fellow of the American Association for the Advancement of Science.

The Scolnick Prize was first awarded in 2004, and was established by Merck in honor of Edward M. Scolnick who was President of Merck Research Laboratories for 17 years. Scolnick is currently a core investigator at the Broad Institute, and chief scientist emeritus of the Stanley Center for Psychiatric Research at Broad Institute.

Huganir will deliver the Scolnick Prize lecture at the McGovern Institute on May 8, 2019 at 4:00pm in the Singleton Auditorium of MIT’s Brain and Cognitive Sciences Complex (Bldg 46-3002), 43 Vassar Street in Cambridge. The event is free and open to the public.