Dept of Neuroscience Researchers Featured in The New Yorker 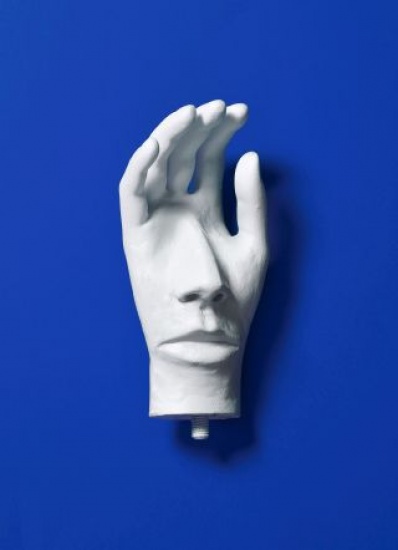 Dr. David Linden and Dr. Xinzhong Dong's research regarding touch featured in the May 16th 2016 issue of The New Yorker.  Excerpts appears below.

Or we begin to get the jumps at feeling a cell phone vibrate that isn’t there. I’d feel a distinct, small buzzing, would reach down and—nothing. I thought maybe some nerve ending in my thigh had become so habituated to the vibration that it had gone into permanent iPhone spasm. In fact, as the neuroscientist David Linden explained to me, it involves a predictable misread by something called a Pacinian corpuscle.

“The phantom cell phone is such a widespread thing,” Linden says. We were speaking in his office at Johns Hopkins University, in Baltimore. “I think something like ninety per cent of college students report it at one time or another. Something else stimulates the Pacinian—one of the sense receptors in your thigh—and the skin says, ‘Oh, it must be that damn cell phone again!’ It’s a nice example of how our entire skin is a sensing, guessing, logic-seeking organ of perception, a blanket with a brain in every micro-inch. So any vibration near the pocket, and the system organizes it in advance, and interprets it as the buzz of your phone.”

Linden’s original research involves glow-in-the-dark neurons in mouse brains—he manipulates the mouse’s DNA, allowing its neural pathways to shine under blue light like psychedelic poster patterns—but he has written at length about the science of touch and has become widely expert in the field. For Linden, it is where the tingle is. Only recently has brain science fully grasped that skin and touch are as rich and paradoxical as any other part of our humanity. Touch is the unsung sense—the one that we depend on most and talk about least. We know the illusions that our eyes or ears can create. But our skin is capable of the same high ordering and the same deceptions. It is as though we lived within a five- or six-foot-tall eye, an immense, enclosing ear, with all an eye or ear’s illusions, blind spots, and habitual mistakes. We are so used to living within our skins that we allow them to introduce themselves as neutral envelopes, capable of excitation at the extremities (and at extreme moments), rather than as busy, body-sensing organs. We see our skins as hides hung around our inner life, when, in so many ways, they are the inner life, pushed outside.

“More papers have been published on the molecular and cellular basis of touch in the past decade than in the past century,” Linden says. “Over the past fifty years, there have been probably a hundred papers about vision for every paper about touch in the scientific literature. Part of that is that vision is more accessible to our experience. People go blind often. But almost no one is touch-blind—the fact that you have to say ‘touch-blind’ is a hint of the problem. Being touch-blind isn’t compatible with life. There are no national foundations for the hard-of-touch.”

Still more strikingly “specific” work is being done, down the hall from Linden’s office, by another Hopkins neuroscientist, Xinzhong Dong. Dong is the Einstein of itch, the scientist who established that the itch system qualifies as a labelled line, with dedicated neurons of its own. A native of China, he speaks a clipped, intense, and amiable English. “People used to assume that itch was just small pain, the little brother of pain,” he says. “But not so. It’s a separate system loaded by itself. There’s a lot of debate about how itch and pain are coded in the sensory neurons. A few years ago, we discovered a group of cells that function as a specific itch receptor. And that was a breakthrough.”